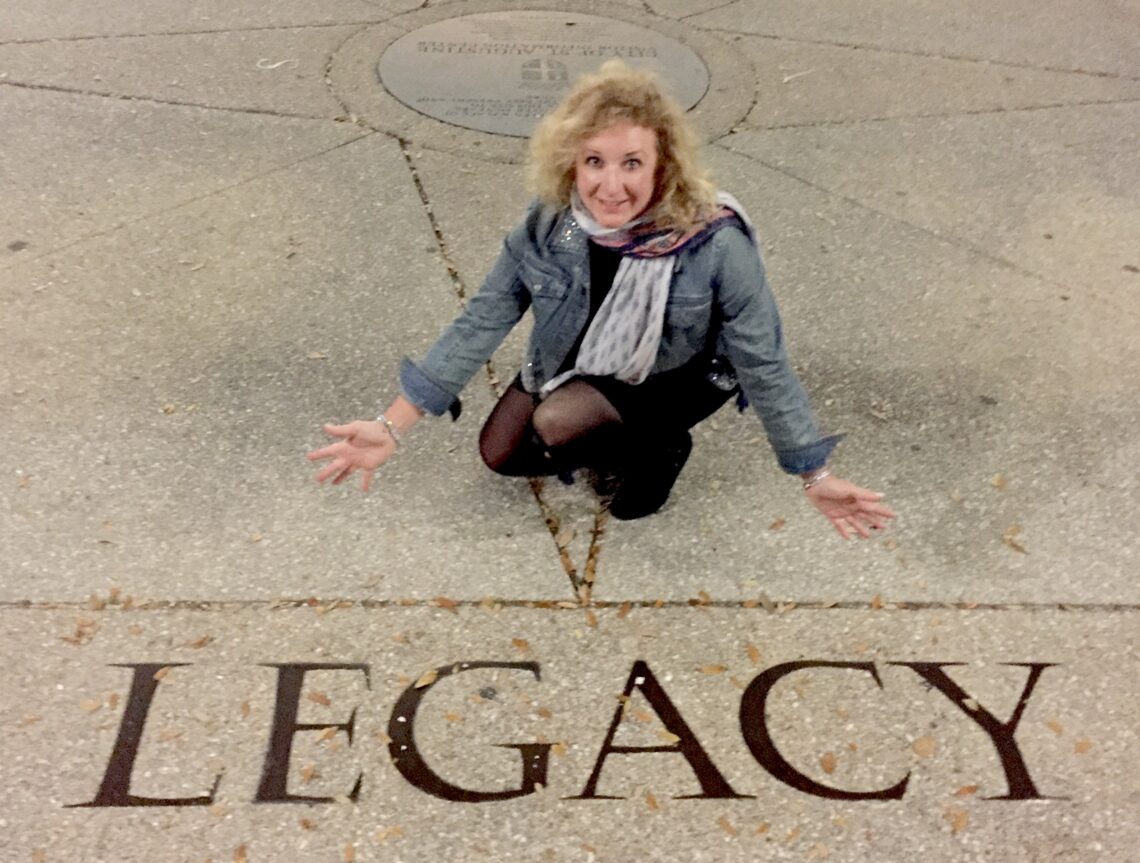 From magazine publisher in the Wine Country to adventurer across the United States.

IAPOTA – It’s All Part of the Adventure is the motto I live by. My daughter, Heather and I came up with the acronym when we were visiting my mom’s family in Slovenia in the early 2000s. Unexpected things happen to most people when they travel. We were no exception. We showed up to a Mozart concert with Lipasana Horse Show tickets, (true story and they let us in any way). The take-away is to find positive in any situation.

After many traveling challenges that trip, we shorten our repeated saying to IAPOTA. Since then, there have been many IAPOTA moments in our lives. My son adopted the phrase when he traveled to Nepal the day after he graduated from high school in 2013. So there answers the repeated question I get…what is IAPOTA?

I have always been an adventurous sort. Born in Germany and raised in Michigan, I moved many times as a child and saw diverse cultures. From eighth grade through high school I lived on a horse farm. There weren’t many girls nearby so I would venture out in the “back 40” and pretend I was on some sort of expedition. Here I often wrote short stories. This began my big love of the outdoors, wandering, hiking, writing, and adventuring. My favorite was sitting in one of our apple trees and watching deer walk by.

When I went off to college, I thought I wanted to major in biology or music, but more IAPOTA moments changed the direction of my life. Though I was a shy teenager (no one believes me now), I was active in track and cheerleading. An injury in my senior year prevented me from participating in sports. To stay involved, the high school basketball coach asked me to keep stats and write up a recap of the game for the local newspaper. Then my track coach challenged me beyond my expectations when he asked me to announce the track meets. Sitting up in the stadium press box alone, I was petrified, but once I flicked the microphone button on, a new persona came out in me. I had a voice I didn’t know I had.

My interest converted to sportscasting and I major in Broadcast Journalism from Central Michigan University. I worked for Pro-AM Sports System (PASS, which was later bought out by FOX Sports) on the production side of things, but no on-air work. My college professors pointed out I was a little ahead of my time in the 1980s. The “IAPOTA Chick” in me had to seek the news route instead. There were not many women sportscasters then. I covered international news for the Associated Press while working on radio, both for news and music (my first musician I interviewed was Kenny Loggins), and got experience in television before moving to California.

Newly married to a military man, I welcomed our new home on the West Coast with awe and excitement. There were so many hiking trails to explore. My major California job was at a Napa Valley radio station. The late George Carl, who was the station manager was my mentor. I had a five-year-old daughter and a son on the way when I told George I wanted to start a magazine that promoted positivity. Despite limited experience in the magazine world, George said if anyone could make it work, I was the woman to do it in Napa.

I partnered up with my good friend, Jim Brumm. With no money, no office and no equipment, we started Napa Valley Family Magazine, which we renamed Napa Valley Life. We had plenty of IAPOTA moments along the way, but we always persevered. In 2005, Jim wanted to pursue his book writing and music career and turned the soul reigns over to me.

In June 2019, I had an opportunity to step down as Publisher and Editor and move my life in a new direction. My kids had relocated to North Carolina and I welcomed the arrival of my first granddaughter in October 2019. Divorced since 2004, I met my significant other, George who also lives in North Carolina.

Now I’m a bi-coastal adventurer who likes to explore new hiking trails, outdoor activities, musical venues, incredible food and drink and meeting cool people.  Tag along with me and I’ll show you how you can have your IAPOTA moments. I might even throw in a little sports adventures along the way.